Journey the road to Guion

Behold the Valley of the Indian

Revere the gardens of truth and passion

Enough said, if you find yourself

New is the place you seek, patience

Engage each day to discover your passion

Wayward is the mind, true love is forever

-Written by Layla to Mick the day before she died

Segment One.
It was a normal day in New York city. A rainy Tuesday. "Enough with the rain already", Mick muttered to himself as he stood looking out his livingroom window at Riverside Park and the Hudson River beyond.

Mick's full name was Kilpatrick McGill. He had been tall and lean as a young man, with a head of thick brown hair. These days the gray was about even with the brown and he knew he had lost a few inches from his six foot two frame from carrying the weight of the world on his shoulders. He was born and raised in Ireland, then moved to the US with his bride when he was twenty.

"You loved the rain", he thought. "It cleaned the city and made the parks green come to life and look like the green of Ireland." She loved the parks, too. Spending an afternoon walking through Central Park, and then later when walking became difficult, just sitting and watching the world go by in Riverside Park. The parks were heaven on earth to her in this giant city of tall buildings and concrete. 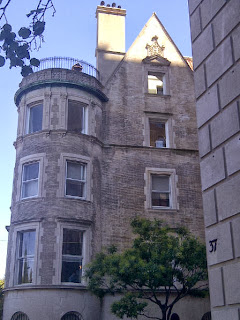 Her name was Layla, and she had been his wife and business partner for forty years. Mick loved looking at her. She was petite, only five foot two, but she carried herself like a queen. She had the thickest dark hed hair, her crowning glory. They had started out as newlyweds from County Fermanagh, Ireland. Their Real Estate Investment firm had grown into a multi-national conglomerate. They had also managed to raise two children into wonderful adults. Their daughter, Dena lived in Rhode Island and was married to a dentist. Dr. Davis Webb was a good person and he and Dena had given them two beautiful grandchildren. They also had their son Shane, who was pretty much running the company these days, as Mick had really lost all interest in the daily machinations of their business interests. All he wanted to think about was his beautiful girl. He called her Laya and she called him Mick, (Mickey sometimes, just to get his attention). Family and close personal friends were the only ones who called him Mick. To the rest of the world he was Patrick.

Now, Laya was gone. Mick had buried her four weeks ago. His pain, his loneliness was worse everyday. Everything reminded him of her, and that she was never coming back.

He could see her in his mind wherever he went; the office, their townhouse on Riverside Drive, the markets and the very streets they walked everyday. He would swear he could smell her perfume. even the food he ate brought her to life in his mind. Mick and Laya loved to stroll along the waterfront walk in Riverside Park. They would sit and have a glass of wine at the cafe and watch the sunset. Mick tried to walk there, but it was simply unbearable. He felt as if he had been ripped in half. 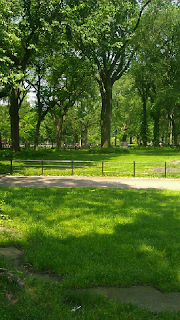 Mick knew he had to get away from the world they had shared. He had to leave New York, go someplace different before he lost his mind and simply gave in to his desire to never let go of what was now, (as much as he hated accepting it) the past.

He would go to Guion.
By J Den Wilson

Email ThisBlogThis!Share to TwitterShare to FacebookShare to Pinterest
Labels: Guion